Friday's Child Sez 'Bring It On'

but have a nice weekend...
Behind Door Number One er..Three..
I'm thinking it's all three...and I particular buy into Mark Kennedy being a moronic manlipulator lacking complete website intelligence!- kudos to the across the great divide in getting to the heart of the brainless matter. 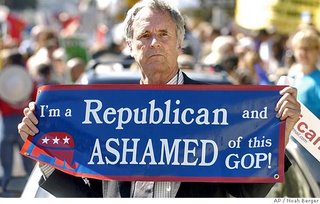 I don't make this stuff up...
Even in my wildest dreams: Black Republican group's ad accuses Dems of starting KKK, claims MLK was Republican

It's coming! Run screaming for your voter registration forms!
It's really no surprise that Karl Rove and Bu$hCo keep trying to scare the beehudos out of the voting public... "In the past week, Karl Rove has been promising Republican insiders an 'October surprise' to help win the November congressional elections," 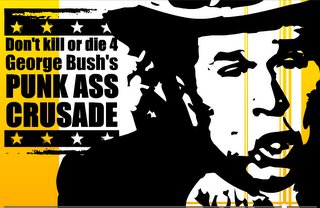 I'll let you know when I can sleep through the night till then...
Check out this: flash film - and spread it especially to teens.

BWT there is no such thing as a HOLY war...there's only failure and death

Top CIA Guy confirms what we all know to be true:
"The Central Intelligence Agency's (CIA) recently retired top expert on radical Islamists has strongly denounced the conduct of U.S. President George W. Bush's "global war on terrorism" and the continued U.S. military presence in Iraq, which he said is "contributing to the violence".

Democrats are selling life boats.
When we read that 77% of the people don't want Congress to remain as is and that 66% of the nation believe something's seriously wrong, then America is sinking...we're all on the same leaking, listing vessel, but Democrats have a plan.

Um, actually, the Democrats WERE up to their eyebrows in the Klan. But what you need to remember is that the Democrats then threw all those people out of the party in the '60s, and they then migrated to the Republican party in the '70s, '80s and '90s.

The Democrats WERE the party of racism, but that badge of shame is now firmly pinned to the Republicans' chests.

Yes but the KKK wasn't a 'Democratic' group per se. It was a group that had Democrats in it just like it had just about most southerners especially those that were white, male, and in charge...in fact much of this still applies today only they don't all don white sheets (or live in the south).

I guess that was a blanket indictment, sorry, there are many exceptions but they tend to be less noticeable.