The Red Shirts Are Coming…
While GOP bloggers are ape slapping each other’s hairy chests regarding the GOP convention coming to MN, I’d like to point out…MN is more blue than red. Minnesota Politics sums it…

"Carping about taxes or talking about the horrors of the gay are not what Minnesotans want to hear, which is why Republicans have not taken over yet, and won't if Republicans don't remember what they used to stand for. Since I don't see that happening anytime soon, the RNC shouldn't expect too many dividends from choosing the Twin Cities for its next convention." 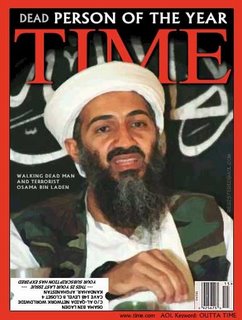 Bin Laden? Probably dead, again…
Is it just me or is this beginning to take on a comic book reality? And why do we only ask were he is when it's election time?

Who are these people that still support Dubya and why? This study answered some of my questions: In their 2003 study, "Political Conservatism as Motivated Social Cognition," researchers John Jost, Jack Glaser, Arie Kruglanski and Frank Sulloway offered some insights from the field of social psychology as to why Bush supporters may hold the beliefs they do, and cling to them with such tenacity…

Jost and his colleagues found that the following psychological factors were correlated with conservative political beliefs:

On a more personally level you can't convince me that they are sane or rational. After seeing and experiencing the war, massive spending deficit, uncontrolled government expansion, major cuts in every community, educational and infrastructure program, and major windfalls to big businesses and the wealthiest 2% of Americans, voting Bu$h and GOP is like voting for a slow, painful, suicide of American dreams and values. It's just plain wrong.

And lastly, Death Takes a Holiday: I linked to itsy bitsy yellow polka dot bikini (mpg) as the deathbeeper incorrectly told me Paul was dead...They were right and wrong...Paul is dead...just not the correct one!
NOT DEAD: REAL 'ITSY BITSY' SONGWRITER ALIVE http://deathbeeper.com/9397227.html
Posted by truthsurfer