Friday, It's A Wrap

It's beautiful out, enjoy the weekend...

Just one more reason why Democrats are the party open to all.

And along the same line...let's start using "Republican'ts".
Okay I still like rethugs but maybe ...for sure...it's time for a change!

Is it just me or does music speak to both beauty and beast?

RFK Jr.'s post-mortem of the '04 election fraud in Ohio is a must read...Not because you'll feel any better, but because it will give some closure. You'll still be angry, upset and spiting mad but hey, that been the last six years.

"Ohio was as dirty an election as America has ever seen." Lou Harris, "the father of modern political polling.

"Republicans prevented more than 350,000 voters in Ohio from casting ballots or having their votes counted -- enough to have put John Kerry in the White House."BY ROBERT F. KENNEDY JR.

That's the headline and lead-in of this article in Rolling Stone.
And Circle over at KOS waxes more on RFK. Oddly enough it reminded me of…me…

Martin Luther King was right when he said if you haven't discovered something
you're willing to die for, you aren't fit to live. 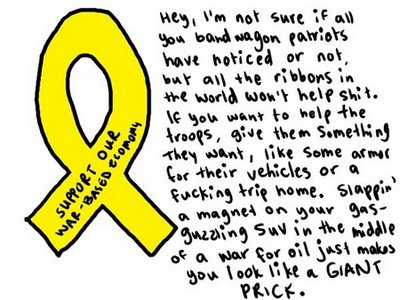