US Diplomacy With Rice-a-roni

Between travel and the mother of all head colds I haven't posted for a few days…now it seems all there is to post is terrible ugly bad news covering health, weather, natural disasters, declining morality and corrupt spirituality. Christians say jesus warned them that the degradation of society would happen in the end days. I just always though they looked at the glass half empty…now I’m not so sure... 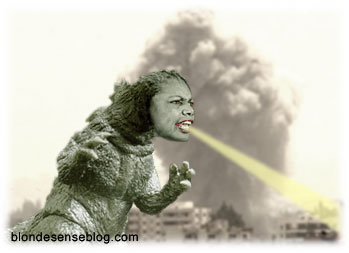 Out on the planet:
In an attempt to run with the big dogs, the unstable and half-wild country of Pakistan is expanding their nuclear program while the ever angelic Condozilla Rice-A- Roni surprised Lebanese Prime Minister Fuad Saniora in Beirut with a visit this morning in an effort to push along the rapture,

"Secretary of State Condoleezza Rice, embarking on a diplomatic mission to the troubled Middle East, said she would work for "stability and lasting peace" instead of the immediate cease-fire demanded by much of the rest of the world."AP

Is it just me or does it sound like Rice-a-roni is a Miss America contestant by her answers? Naturally since the USA under Bu$hCo is soooo diplomatic, we're rushing a delivery of precision-guided missiles to Israel. Ah. I love the smell of WW3 in the morning…

In ‘up is down’ verbiage, Tony Snow was on the Today Show and said that "Nobody Has Been More Diplomatically Active Than We Have" this would be a good time for Missy Rice to take an immediate cease fire off the table…er…wait…she has! Got to admire their faith in the ‘here after’. Just wish they would pick a way to go that leaves the rest of us.

Naturally it goes without say that ww3 and the end is near. I could go on about Korea, Iran, Iraq, Somalia,,,but what's the point. Depressed yet? Had enough?

...Meanwhile back on the ranch
Bu$h is told to lawyer up. I imagine it was only a matter of time...

Oh when Bu$h stumped NAACP to repeal the estate tax but didn’t mention the word poverty …well, I guess he just didn’t know that African-Americans are more than a thousand times as likely to live below the poverty line as they are to be rich enough to leave a taxable estate. 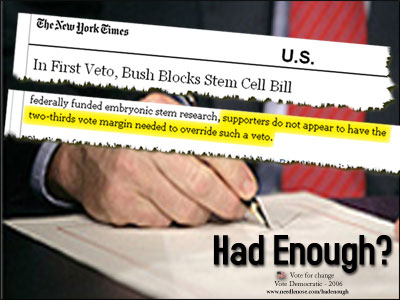