Frankly It's Friday, Or That's My Theory!

Even though it's Friday, there's still too much left unanswered, still I got a few theories....in the meantime, have a nice weekend...

Baby Death Rate in USA
I'm going with Modern World's theory on why:

Because of some unholy confluence of conservatism, free-marketism, and general head-up-ass-ism, this country has never made health care for all a national priority. Things like this are the result, and it infuriates me. Next time some right wing asshole starts talking about the scary, scary dangers of socialized medicine, just remember: among industrialized nations, only Latvia has a higher death rate for newborns than the United Fucking States of America.
For a nation as advanced and wealthy as we are alleged to be, that’s unspeakably obscene. 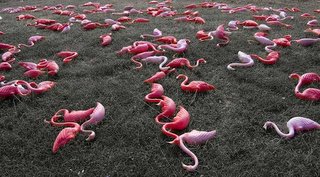 Bu$hCo and Cockroach Pheromones
When talking about roaches Bu$hCo come to mind every time. I mean give all the evidence, they could be alien robot roaches...couldn't they?

The tiny robot smells and acts just like a roach, fooling the real insects into accepting it as one of their own. Through its behaviour, the robot can persuade a group of cockroaches to venture out into the light despite their normal preference for the dark, for example..

Why Ohio Is So Red
I had a dream about this...well really it was more of a nightmare but I believe we're being to wake up. Maybe the SEC has the same theory...er...dream. SEC is to informally investigate Diebolt. 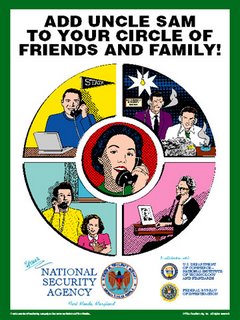 Inside Your Calling Circle
So why would the NSA listen in to thousands of millions of Americian domestic calls? Well times are tough, budgets have been slashed, and the NSA decided to come into the circle...

On Absolute Zero
Why yes it’s possible, and Bush is working on it.
Posted by truthsurfer