Bu$h and Congressional Republicans have been working with conservative Republican bloggers such as Instapundit's Glenn Reynolds and Minnesota's PowerLine's John Hinderaker to exposing classified information from Saddam Hussein's long-dead nuclear research program -- a program that was stopped dead fifteen years ago -- in order to pretend that Saddam was still running a nuke program in 2003. 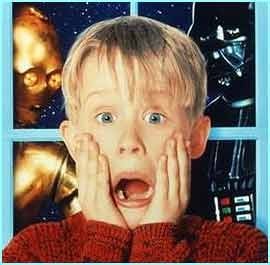 The Web site, “Operation Iraqi Freedom Document Portal,” was a constantly expanding portrait of prewar Iraq. Its many thousands of documents included everything from a collection of religious and nationalistic poetry to instructions for the repair of parachutes to handwritten notes from Mr. Hussein’s intelligence service. It became a popular quarry for a legion of bloggers, translators and amateur historians including Hinderaker to use in trying to show evidence of WMDs.

But in fact the website has now literally handed classified nuclear-bomb-making research to countries like North Korea and Iran or anyone else who surfs the net!

Here are the real unclassified documented facts, as reported in the Key Findings of the Duelfer Report regarding Iraq's nuclear program:

SOP - When caught instead of the usual 'blame Clinton', in a new twist, the Bu$hCo blamed those that asked them to be removed from the site. Moreover, U.S. officials were warned last week by the International Atomic Energy Association that the information available “could help states like Iran develop nuclear arms.” The web site wasn’t removed until last night, after the Times began its inquiry.

Let's step back in time to this comment from Hinderaker:

Harsh words from someone who helped spin nuclear secrets out on a public website, don't ya think? I think this falls more under 'betrayal of America' than voting Democratic. What do you think?

So do you feel safer yet? No? then stop listening to the spin and vote these clowns out...you have until this Tuesday!