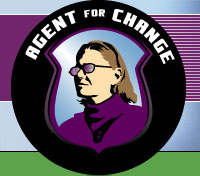 The news just gets better and better for Coleen Rowley. I mentioned before that she's a long shot but it appears that the trending is going her way! We've a few weeks left to put this great candidate into office. We can do it!

Her poll numbers have shown a significant surge indicating this race is anything but decided!

"This marks a 7-point gain for Rowley and a 5-point drop for Kline since the previous SurveyUSA poll, released on September 27. The Rowley campaign has closed the gap by 12 points in 19 days."

"While Rowley is short on political experience, she has proved herself a quick study and avid learner. Washington needs a change in course, and the Second District is a good place to start."