No Lipstick On This Pig 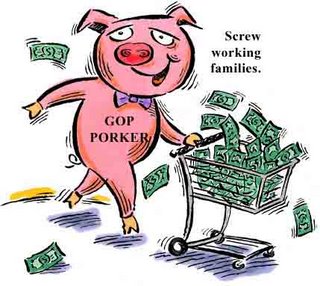 Dean doesn't pretty it up or make it fluffy...

Here's the question that the right-wing extremists who control the Republican Congress will put before the Senate:"

Over seven million Americans can have a raise of $2.15 an hour by raising the minimum wage, but only if we give a tax cut to 7,500 ultra-rich people at a cost of $753 billion dollars."

It's despicable, it's wrong, and we need to stop it.

Let your Senators know that they should reject it: http://www.democratsorg/realminimumwage
Posted by truthsurfer