Lewis And Rowley Debate, While Kline Tries To Figure Out What To Do With All His Free Time After November.

Republican John Kline (MN-02) debated Coleen Rowley on the wacky conservative and very partisan Jason Lewis show at the MN State Fair on Friday. If I hadn't known better, I would have thought it wasn't a debate so much as a bashing that failed. Every question except one was geared to frame and trap Coleen Rowley. Most of the questions posed by Lewis were longer than the answers making him sound a lot less like the moderator of a debate and a lot more like the big fat drug taker Russ Limbaugh.

The one question given only to Kline had to be rephrased because Kline failed to follow along with what was asked: Lewis asked if the Big Energy Companies make record profits should stop getting subsidies and credits. In his words “Shouldn’t we rein-in these price gougers?" Kline started rambling about GOP anti-gouging legislation when Jason Lewis interrupted Kline saying, "I kind of tricked you." and went on to reveal that the energy company is Archer-Daniels-Midland, and the fuel was ethanol. In short, he had to prompt Kline to get it right! 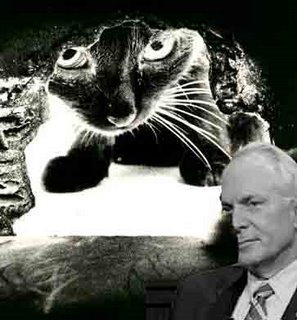 Coleen Rowley clearly survived using her energy, her understanding of issues, and her ability to truthfully answer. I don't know if you can have a clear winner in such a partisan venue like the Lewis show but I think you can have a clear loser. Kline by his defeafening silence and inability to engage listeners and supporters alike became a clear loser. Kline lacked personality with his low keyed to almost silent presences. His few replies were short to almost flippant and easily forgettable. He mostly deferred to Lewis and Coleen Rowley while speaking softer as if afraid of his own voice.

Kline was like the the preverbal church mouse in the corner while the choir sang. Clearly, Kline lost this debate in spite home field advantage and his own 'ringer' for moderator.
Posted by truthsurfer