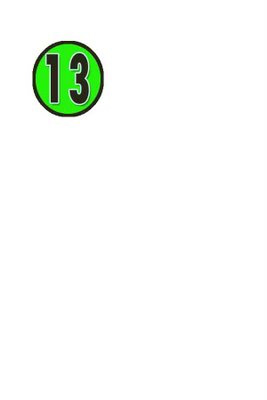 Got up late this morning and the dog didn't quite make it...

When I got the paper towels to clean it up...there it was... spelled out...F13....an omen...Franken by 13 votes...which I might add is better than Coleman by 13 votes for a number of reasons...
Senator Coleman was clearly a Bush lap dog which is why after one term of office he couldn't even get a voters mandate to take into the next term.
Imagine going to WA.DC after serving one term without a clear mandate...it's like saying sure I won but only by the

margin of my relatives votes for me. Not much bragging rights there!

In addition, the odds are in our favor...we (including Al Franken) represent 95% of the people. The ones that work for a living, raise their families, volunteer in their communities. Unlike Coleman whose one term record shows he represents 5% of the people...the rich ones, the wealthy, the elitist, the corporate cronies.
Plus Al will be able to devote his time to the issues facing Americans, whereas Norm will be devoting his time to facing the issues...facing him!
It comes down to this... with Al Franken, all Minnesotans win...with Norm Coleman, only the lobbyists win.
Sure, others use fancy mathematical statistics but it all comes down to omens...Stay tuned, tomorrow I read the tea leaves and the day after...I chart the stars!
Posted by truthsurfer

Receive $130 Paid to You Immediately

The LWS Freedom program makes it possible!
Click here to discover how
http://www.lwsfreedom.com/id/greentitan