Corporate Take Over of Minnesota? 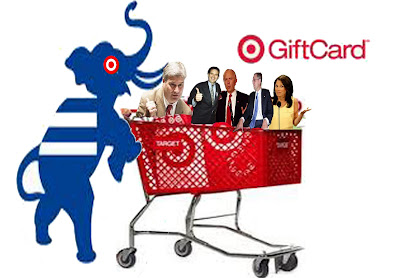 Now that the Supreme Court's January 21, 2010 ruling has opened the floodgates of cash, we're just now seeing the tip of the iceberg regarding PAC spending and marketing of candidates in Minnesota...expect lots more cash to be spent promoting candidates with policies that are not necessarily best for humans, communities, families and America...but in the best interests of corporations and the 1% of wealthy CEOs.

Corporate control of our government is not only easy...it's now assured.


In 2003 the top 1% of income earners did receive 17% of all income, by 2006 it was up to 21.3% . This parallels what is happening with the wealth distribution and further support for the inference that the power of the corporate community and the upper class have been increasing in recent decades.

There are very few politicians that will not take PAC money ... even the ones that don't need it, take it ... so they can spread it around to their friends in need.

The MN Forward group has gotten a lot of publicity (Pentair, Davisco Foods, Best Buy, Hubbard Broadcasting, Polaris, Target, and Regis are at the top of the donors list) for their support of Tom Emmer.

It may be hard for a politician to say NO to a donation (until the donor gets into hot water ... Tom Petters, Charlie Rangel, Tom DeLay, Mark Foley, etc.) ... do you think that $1000 bucks from Target will really affect some of these campaigns ? If Ellison / Oberstar / Klobuchar want to make a statement, then they should just give the money back to Target ... they would get some publicity and should not affect their reelection campaigns.

I think we need tee shirts like NASCAR ... put the logos on the outside so that voters can see who really supports them.

You should make this gift card and sell them for Democratic fundraisers for our candidats running against them!