A Special Letter from John Kline: This Holiday Season Save The Wealthy!

As you probably should know by now, I am deeply concerned that "the Washington culture of taxing, borrowing and spending is doing nothing to stem the tide of lost jobs and economic uncertainty." But I am convinced that if we continue tax breaks for our millionaire and billionaire Americans, this culture can be broken.

Sure, Minnesota is in a mess, which is why you put your faith in me this past election. You realize, that after my years in Washington, if there is one thing your old buddy John Kline knows, it's how to recognize a mess when I make see one.

Now I know what you're thinking, I've been in office for a decade and still the deficit keeps getting bigger, the gap between the middle class and the wealthy looms larger than ever and after four my terms in office, things aren't improving, they are getting much worse, but this time in office much like the last four I really think helping out the wealthy among us is necessary and vital to not just economic health but also homeland security.

This alarming situation where the wealthy 2 percent of Americans might be forced to pay their any fair share demands my immediate and full attention. Forget that Lockheed Martin is closing it's Eagan plant, that a forth of my constituents don't have health care, and that unemployment benefits are running out of 2.5 million Americans, saving the wealthy must take precedence over everything else. The aid desperate plight of Minnesota's millionaires demands my full attention.

Yes, I know I said 'we can't fund everything' and that there are people who are jobless and can't even give their kids one Christmas present this year let alone take them to the doctor when they get sick, but that's President Obama's fault, after all he's been in office a fourth of the length of time I've been in office!

And yes, I understand that the last 18 years have shown us that in fact, the wealthier 2 percent of Americans don't use their wealth to 'trickle down' and give us jobs, but by saving them, I help myself , I help you!

Don't concern yourselves with the poorer fools souls, especially since I've already promised to give all of our tax money to Minnesota's wealthiest. We must save the wealthy! I can always take care of feeding the poor or putting on another job fair for the homeless unemployed later...

We must take care of our millionaires first. Won't you please help me help them? A $700 million increase to the deficit is a small price for you and your children and children's children to pay for saving more wealth for the wealthiest among us.

Have a happy joyous holiday season knowing you can make a difference in increasing the gross income of the wealthiest 2 percent of Americans through deficit spending! 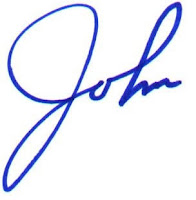 I know it makes me laugh sleep better at night.

Let’s take Mr. Kline at his words - "the Washington culture of taxing, borrowing and spending is doing nothing to stem the tide of lost jobs and economic uncertainty" - and as such, he should oppose President Obama’s tax plan.
As Representative Betty McCollum (A TRUE Minnesotan) said she's opposed to the deal because it extends the tax cuts for the top income earners and would increase the deficit by $900 billion.
"This is a deal that will continue to explode the deficit while the rich get richer and struggling middle class families get crumbs. The Republicans successfully held unemployed Americans hostage to give even more tax cuts to millionaires and billionaires. This plan is irresponsible, and I will oppose it."

But worst yet, it only moves the “economic uncertainty” out for two years. Mr. Kline surely knows that no business will hire if they will be faced with higher taxes starting in January 2013 … they did not hire during the Bush years when they knew taxes would rise in 2011, so two years won’t change anything.

OK, seriously. This proposal is BAD. Please contact Mr. Kline’s office and tell him that he needs to vote against this. It expands the deficit which he surely understands … and should be a sound basis for his voting against it. But he may vote for it not only because it provides tax cuts for the rich and minimizes the estate tax, it actually makes life worst for working people. It takes away one tax cut and replaces it with another that will lead to the unfunding of Social Security. The Making Work Pay tax credit is gone permanently… instead workers will -for a one year- have a 2% reduction in contributing to the Social Security Trust Fund … which means that less money goes into the reserve … bringing forward the date that it will be out of balance … plus making the argument for Republicans that entitlements is what is driving the debt which allows them to totally ignore how much they have invested in funding military defense contractors.

Please call Mr. Kline today. And also please contact Senator Franken’s office ( yesterday, they told me that there were a lot of angry callers) and Senator Klobuchar too (who did not seem to be phased much about my anger.)

Just curious … do you have any idea how many Second District citizens would be impacted by raising the tax rate from 35% to 38.6% on those making over $250K ? In 2009, only 1,198,412 Americans earned more than $250K, but how many of those are in Mr. Kline’s district ? According to Steve Quist, a 2010 candidate for MN State Senate 36 which is in Mr. Kline’s district, half of the families in Minnesota (not individuals, families!) make under $57,000 per year. A good section of Mr. Kline’s district is rural … and the average family farm household income is expected to be up by 7.8 percent in 2010, to $83,194 … which is still below $250k.
When I think of where the wealthy live in Minnesota, its Wayzata, Minnetonka, Edina, Eden Prairie, Minneapolis and St. Paul ... which I believe are not in Mr. Kline's district. I suspect the wealthiest in Mr. Kline's district would be Prior Lake.

So WHO is Mr. Kline helping ?
Why conform to describing the problem as affecting only 2% when in Mr. Kline’s district the number may be small enough that they could be fit inside an auditorium at Inver Hills Community College ( which is where Mr. Kline held is most recent job fair … and remember he found that to be so successful that he was open to holding another one … maybe for the Lockheed-Martin employees?)

Sure, Minnesota is in a mess, which is why you put your faith in me this past election. You realize, that after my years in Washington, if there is one thing your old buddy John Kline knows, it's how to recognize a mess when I make see one.