More GOP Much Ado About Nothing

In Shakespeare's play 'In Much Ado About Nothing', there are many examples of deception and self-deception. The games and tricks played on people often have the best intentions—to make people fall in love, to help someone get what they want, or to make someone realise their mistake. In our case, the GOP's take on the recount is an example of this deception and self delusion but for not the best of intentions...

The Fact: If every single Emmer challenge (both deemed legitimate and frivolous) were accepted, Dayton would still lead by over 5,000 votes. 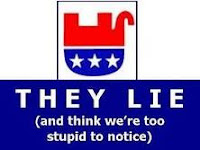 Instead of accepting the lost, Tom Emmer and the GOP will drag this out costing (gasp!) government workers time and (gasp again!) at tax payer expense. Yeah I know, they ran on shrinking government, getting government out of our business, not filing frivolous lawsuits, or spending taxpayers money for stupid things but...yeah...well ya know. with .0008 percent MN voter fraud in 2008, this is important to every man, women and child...blab, blab, blab...!
What the GOP gets is rewarded for drawing out this losing battle by Pawlenty staying in office to sign off on legislation that otherwise would get veto...like the expanding government and costs legislation of every voter must produce a state ID, or marriage is one man and one women!

In the end of the play, the couples find true happiness, but taxpayers in Minnesota will just find empty wallets paying for more 'much ado about nothing' government involvement into our personal lives and already competent voter system... welcome to the new 'slash your services while we tax and spend' party of GOP.
Have a nice weekend, stay safe and warm!