What Do Zombies and Republicans Have In Common?

Is it just me or is the Dove World Outreach Center misnamed. They don't actually give out Dove bars and they fail with world outreach! I'm going to start calling them as I see 'em 'The Haters' seems to apply.

The world has always had haters, but thanks to the Republican party and their sister organization the Tea Party et al, Haters have risen to all new conspiracy theories heights and of course the outcome is a big headed, self entitlement victimlogy that includes bashes like the one Beck threw last weekend and making a small Hater Church like DWOC world news. 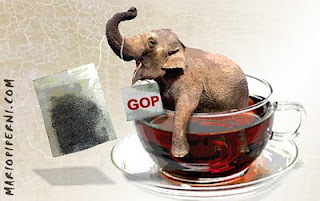 But the reason the GOP reach out and support such Haters is they as a party lack substance and now have to work on straight hate...
Don't have an issue or stand for anything? Then just throw out hate, not good with balancing the budget, issue stances, determining policy? No problem! Sow fear, create discord and inflamed hate. Yep, that's the new strategy along with: Oh look a bright shiny object where I see Russia from by front door but hate Muslim Obama Taxes Anything You Say... to distract rather than to resolve. Sigh, Had Enough? Me too.

Truth be known, the world of Republicans has passed. Their economic brought us to the current recession, their environmental failure gave us uncontrollable gushing oil wells and polluted gulfs (what Katrina didn't finish BP will?), their foreign policy continues to give Iraq and Afghanistan almost half our American budget (43%), their members don't believe Obama is a US citizen or Christian, hell they don't believe the earth is round, dinosaurs existed, or global warming (because the bible didn't tell them - amen!)...
So yeah, J.R.R. Tolkien's epic Lord of the Rings  had it right, the time of the elves has passed in middle earth, but now TruthSufer says, the time of the Republicans has passed. It's actually more believable than huge meteor showers unleashed by Satan's war against God.
We're all mad but its voters anger and frustration given persistently high unemployment and a sluggish recovery that didn't start with this administration or it's policies. Republicans like Sarah Palin and Bobby Jindal have proudly embraced 'do nothing agenda' of NO.Which brings me to say, Minnesota's Rep. Michele Bachmann and Rep. John Kline have first class tickets out of here...Your time has proven failed, the Mothership has been called, get on board, the time of Republicans is up.
Posted by truthsurfer