Governor Tim Pawlenty (R-MN) and my crazy Uncle Johnny have a lot in common. For starters Uncle Johnny is uniquely singlely dysfunctional. It started with the Pearl Harbor attack. He was there, and by all accounts seemed to have conducted himself through the event without getting wounded. But years later it became apparent Uncle Johnny had been deeply wounded. What do you ask does that have to do with Minnesota's Governor Pawlenty? Good question....

Uncle Johnny's wound was in his mind. He couldn't bring himself to forgive the Japanese. Never! So for the rest of his life, Uncle Johnny wouldn't allow anything from Japan in his house. Imagine how difficult life was for his family during the 1960s and 70s with massive Japanese exports coming into the United States. Johnny's family was in a constant state of vigilance keeping anything 'made in Japan' out of the house. There was no reasoning with him on this issue. Unfortunately, it seemed like most new technology like TVs, radios, washing machines, even cars were coming from Japan or had Japanese components.

Get the connection? Governor Pawlenty has also a gapping wound but substitute 'made in Japan' for "Democratic administration of the United States of America". He can't bring himself to accept federal monies from 'the other side'. Sure like Uncle Johnny that will mean giving up some things like health care for the poor and elderly, jobs assisting them, and educational funding, but he's made a decision and by gosh he's sticking to it regardless of the hardship it creates for those around him. It's his principle don't ya know!
BTW, Uncle Johnny's family seemed to always be on edge because it was so hard to live without anything from Japan especially a couple of decades ago. They lived in fear of him finding anything labeled 'made in Japan' because it would set off weeks of abusive behavior from him. The kids left home when they were of age and never went back; Uncle Johnny's wife divorced him a few weeks after the last kid left. 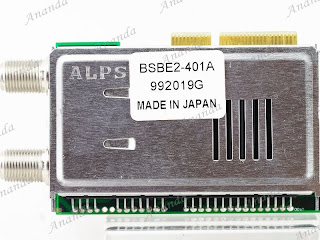 Governor Pawlenty, like Uncle Johnny, took an extreme principle stand.  Pawlenty is not taking any  'Federal dollars'  from a Democratic administration. His stance lacks vision, moderation, and what's in the best interest of Minnesotans. His legacy will be one of unreasonable partisan posturing that only hurts the ones he was elected to office to protect. But like Uncle Johnny, there isn't a chance in hell that common sense reasoning will win over radical dogma. We just hope the family (Minnesotans) will live through it.

Uncle Johnny died in 1989. I believe, but don't know for sure, that the silk lining in his coffin was from Japan...funny how that didn't seem to bother him anymore!

Sorry to hear that your Uncle Johnny has passed away … my condolences.
On the other hand, Minnesotans know that GINO Pawlenty (you know, GovernorInNameOnly) will also soon be gone … there may not be the same condolences expressed, but we will feel the pain (not of his passing, but instead on his passing on programs that would benefit Minnesota.)
As bad as GINO Pawlenty has been, what is more upsetting is the response from the MN-GOP candidate to replace him … Tom Emmer said he hasn't decided whether he would follow Pawlenty's path. "I haven't read the grant proposals or the strings that are attached," he said. "Whatever Governor Pawlenty is doing is for Governor Pawlenty."
WTF ?
Haven’t read it ?
Why are you running for a job that will require you to make decisions ?
The MN-GOP is offering another GINO candidate.