It's Always About The Money

It's now official, during the recent spat of hard times, the rich got richer and the poor got poorer and the middle class is shrinking while joining the ranks of poor and (big inhale) the rich apparently get's what the middle class had...Meanwhile locally....

In Minnesota's Second Congressional District, Rep. John Kline (R-MN) is busy putting his personal agenda of obstruction and word smiting into play while his district suffers from his lack ethical behavior.  Ah don't forget to visit his good friend John Boehner's new website crated by the DNC...notice a pattern here? 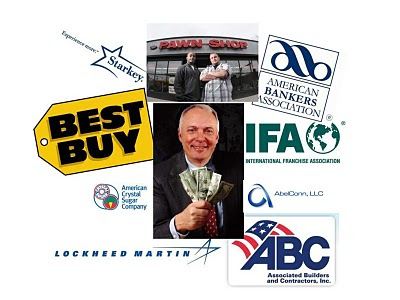 It wasn't a surprise when I learned that Rep. Kline's  “no earmark” slogan means that the second district is losing quality infrastructure and jobs. The second district is the poorest district in the state in terms of federal funding, getting less than half the state average back from the money its taxpayers send to Washington through Federal income and gasoline taxes. It also results in lost jobs and businesses that provide jobs due to his unwillingness to provide Federal dollars to build and maintain infrastructure like roads, schools and other projects eligible for Federal funding.
It's almost always about the money, John Kline uses his time and resources to go after lobbyist money for his personal PAC and his campaign but refuses to go after our own Federal tax money for our jobs and our infrastructure...just who is he working for?
Have a great weekend! Stay dry and be safe.
Money, so they say
Is the root of all evil
Today

They won't take federal money -- just corporate money. That tells us who's really running things (or trying to, anyway).

There's a difference between the true believers and the ones that recognize when it's there is an opening on the Gravy Train.

For example, let's compare the Third District's Erik Paulsen ... he's in the latter group ... when I think of Paulsen, I am reminded of the adage "It is said that power corrupts, but actually it's more true that power attracts the corruptible." Those dollars that go to Paulsen's war chest are down payments on future votes.

Mr. Kline on the other hand, is a true ideologue. When I think of him, a different adage comes to mind : "We are all here on earth to help others; what the earth the others are here for I don't know."

Mr. Kline now gets PAC money from a wide group of source ... if you go to a Twins or Vikings game, you'll be glad to know that some profits the owners make go to PACs ... and the only member of the Minnesota delegation in the House to get a donation is John Kline. It helps to be on the ranking member on the Education and Labor Committee. Kline will take that money and then give it out to other candidates ... who know that Kline will tell them how to vote in the future.

Kline views the function of government to spend defense dollars ... nothing else.
Why America has eleven carrier strike groups when no other country has more than one is overkill ... Kline's support for the Joint Strike Force alternate engine only benefits General Electric and their partners ... Kline is still fighting in the Cold War era ... the enemy today uses boxcutters.

Instead of Mr. Kline advocating a "No Earmarks" pledge, he should take a "No Subsidies" pledge. Most people are aware of the generous Ag subsidies given to Big Farms ... and even non-farmers, but few know of the subsidies given to Big Business. One of Mr. Kline's PAC contributors, Boeing just got a ruling against them by the World Trade Organization finding that Boeing received substantial subsidies from the U.S government.

Meanwhile, Mr. Kline continues to support the earmark for the JSF alternate engine. Did you know that the Joint Strike Fighter program has more than $6.5 BILLION in unspent money — which is more than the budgets of many entire federal agencies — and the first two production planes are a year late and the costs keep climbing.
If the budget needs to be cut, why not cut ten of the 42 planned planes ... that would free up $1.5 BILLION. There would still be plenty of planes in the production pipeline, but the budget deficit would look better.
Why doesn't Mr. Kline recognize this .... err ... nevermind, he's a Neo-Con Obstructionist.

Why because Mr. Kline voted to keep the funding going … as did potential President Michele Bachmann (R-MN-06) and Raymond Cravaack (R-MN-08).