Getting Hot Outside the Kitchen

Headed toward 50 degrees today, in Minnesota…yeah right, global warming is just a myth! Oh pleazze...On Saturday night, Al Gore with assistance from MOVEON, is organizing viewing parties for 'An Inconvenient Truth'. See it, just so you know all the details of 'the myth'. 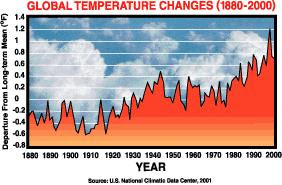 Along the same lines the Bush Administration feels they need to keep a closer track on US Geological Survey (you know, those folks who, amongst other things, study global warming).

“New rules require screening of all facts and interpretations by agency scientists who study everything from caribou mating to global warming. The rules apply to all scientific papers and other public documents, even minor reports or prepared talks, according to documents obtained by The Associated Press.” 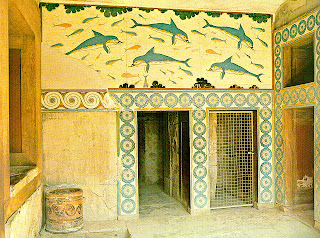 Naturally there will be victims besides science: The ‘Goddess of the Yangtze’ dolphin is now extinct due to increased ship traffic with the use of sonar. Congratulations to us all on killing a nearly blind white dolphin species that existed for 20 million years.

So you ask yourself…How? How do things like that happen? Why do we allow it? Well, this is how: Closure of 6 federal libraries angers scientists

The NASA library in Greenbelt, Md., was part of John C. Mather's daily routine for years leading up to the astrophysicist's sharing of the 2006 Nobel Prize for shedding new light on the big bang theory of creation. He researched existing space hardware and instrumentation there while designing a satellite that collected data for his prize-winning discovery.So when he learned that federal officials were planning to close the library, Mather was stunned.

And before you go all marshmallowy because it's not our local libraries…think again. Most Minnesota libraries have banking hours, abbreviated to save on budgets. I love how Pawlenty is touting a budget surplus while our schools and libraries have to fight each other for donations of used books.

But good news, for those that have perpetuated the lie of a global warming myth, hell will be even hotter (or so I’ve heard!)… Wonder if you can buy off the devil?
Posted by truthsurfer