I so wish Martin Luther King was here giving voice against the war...and to call out the lying war bastard Jeh C. Johnson...Why does this right wingnuts have to co-opt Martin who spoke so clearly against their war by saying King didn't mean it or wouldn't do so now?

Bullcrap mythologist Mr. Johnson...
King was absolutely committed to nonviolence as both a philosophy and a tactic! Claims that Martin would support the current US wars is so obvious deliberately ignorant and devoided of reality, it's nothing more than fantasy. There should be a disclaimer about suspending reality whenever it's repeated or reprinted...sigh...sadly it reflects the principles that the right has of denying the obvious. 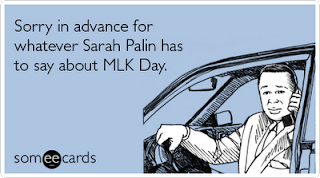 “…..Somehow this madness must cease. We must stop now. I speak as a child of God and brother to the suffering poor of Vietnam. I speak for those whose land is being laid waste, whose homes are being destroyed, whose culture is being subverted. I speak of the — for the poor of America who are paying the double price of smashed hopes at home, and death and corruption in Vietnam. I speak as a citizen of the world, for the world as it stands aghast at the path we have taken. I speak as one who loves America, to the leaders of our own nation: The great initiative in this war is ours; the initiative to stop it must be ours…..”