The State I'm In

About this time of the year Minnesota crazy hits...it's cold, it's dirty, and just plain white ugly outside...very similar to the inside of Congress (with a very few exceptions). And we're weary to our bones from hiding out from the elements....

Last nights SOTU address, the GOP rebuttal address, and the ever odd Michele Bachmann's batshit whatever address are all examples of pretty words with no actions. If they really want to impress Americans, then earn their wages and fix it, mend it, and make it better. Instead we get more words and promises with beautiful photo op moments, but still no actions and solutions. 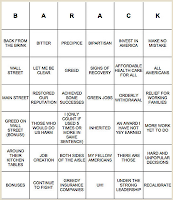 The only winners from last night ritual was those that participated in the 'SOTU drinking game'. Lot's of buzz words that work on focus groups, but collectively Americans are sick of this crap... Our elected officials won't give up their ideology and dependency to big money and corporations long enough to resolve the issues dividing and crippling our country and driving Americans into the ranks of the working poor.

Words aside, enact the changes you talk about...DO IT! Until such time, all Americans will live in the cold and dirty darkness of January in Minnesota. Don't make us stay in the cold darkness indefinitely, even Minnesotans have to believe in a spring and summer to come or we wouldn't continue to live here. Perhaps they could give a listen to Governor Dayton and learn from his example of doing:

"Taxpayers expect government to be responsible with their money, investing in essential government services like education and infrastructure and that is what we must do to get Minnesota working again. State government will be held accountable for how we balance the budget, and not to file for bankruptcy to avoid our financial obligations."