Heart (or more specifically BMG representing Heart) sent a 'cease and disist' letter to McCain/Palin in regards to using their copyrighted song "Barracuda". Still like the law abiding folks most GOPers are...they continue to use the song illegally. It must be frustrating especially if the artist don't support the polical leanings of McCain/Palin... 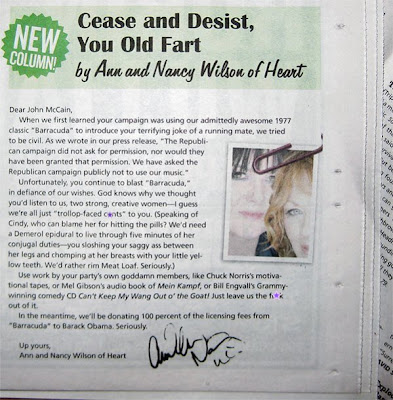 I know this isn't the letter...even though it's been making the email rounds...but it's the one I would send..
Posted by truthsurfer