We can't grow the economy by destroying jobs and attacking the middle class...it just won't work. We need to focus on the ubber urgent crisis of our broken economy and creating jobs instead of being obsessed with imposing ideology and exploiting social issues. The number one goal for any elected official should be creating jobs while balancing the budget. Period, end of the story...

Corporate profits are up. Stock prices are up. So why isn't anyone hiring in America? The paradox of record-high corporate profits and extremely-high unemployment doesn't seem to be breaking anytime soon. Also the longer the unemployed go without work, the greater the damage to their future employment and earnings potential as well as to our economy. How much longer can the 15.1million unemployed wait? 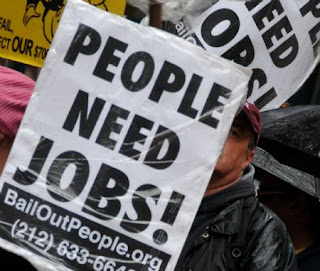 Looking at the rash of bills introduced since January this year in Minnesota, Wisconsin and beyond, how many jobs have they created? Will voter ID laws create jobs and reduce the budget? Will the anti-union laws? Will cutting social services, education or infrastructure spending like transportation? How about more tax breaks for the wealthy and corporations? Higher fees for us?
For those needing a reminder ...Minnesota's Republican majorities have less than two months to make a budget deal with DFL Gov. Mark Dayton before the May 23 constitutional deadline for adjournment... so lets focus people and create some jobs...or we will be forever doomed to a reactionary ideology the fixes nothing and continues breaks the fabric of our society. As our Minnesota Governor Dayton said: “The time for this rhetorical game playing is over”

Enjoy the weekend, stay out of the cold and snow... but reality is we live in the icy heartland of Minnesota...

Doctor or lawyer, I’ll never be.
Life of a drifter - only life for me,
You can have your riches, all the gold you saved.
Cause’ ain’t room for one thing in everybody’s grave.