Tip O'Neill—a longtime Speaker of the House in the U.S. Congress—once declared, "All politics is local." He was explaining how the problems and concerns of towns and cities around the country affect the actions of their representatives and senators in Washington, D.C.

If that still holds true, then look for Minnesota's City of Eagan to play a major role in the upcoming legislative session not because of who they elected, but because of several major announcements this week of... 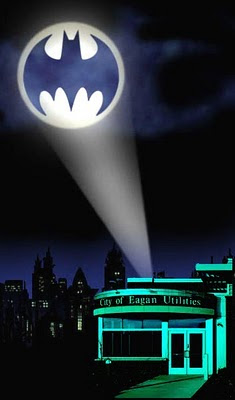 Both companies say they are restructuring..blab, blab, budget, blab, blab, competitive edge...but the message boards say they are both transferring work overseas and out-sourcing many tasks once performed within the company. Like other companies that have sent jobs away (overseas or not), this is a major blow to the local economy of Eagan.

Eagan is in trouble and needs help. With the announcement today showing unemployment rose last month to 7.1 percent, the future doesn't look promising for those looking for work especially in Eagan. More people who had given up looking for work are now back in the job market, but construction and manufacturing are still down.

With the three republican newbies for legislative representations (Diane Anderson, 38A, Doug Wardlow, 38B, and Ted Daley, SD38), don't look for any immediate action to stem the job loss bleeding. Doug Wardlow ran on job creation, so now that the fat is in the frying pan, let's see what he does.
For starters they might ask that Governor Pawlenty, who resides in Eagan, to be a little more hands on in trying to negotiate with Lockheed Martin besides just letter writing. Governor Tim Pawlenty pledged his support in a letter to the CEO. The Governor said he’ll encourage significant and innovative incentives to keep the plant in Eagan. State leaders believe they still have time to fight. However gauging from Tim Pawlenty's total lack of progress in the last several years with the soon-to-be-closed Ford plant in St. Paul, don't hold on too tightly to any hope. 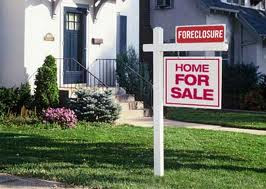 Driving through Eagan is depressing these days due to the sheer number of foreclosures. Property went up 2.8 percent this year. The city says most of that increase is to cover all of the foreclosed homes that likely won't bring in any taxes. I suppose we will see the number of foreclosures and property taxes raise even more in the next two years as Lockheed Martin closes their campus. It's time to send for some super hero help.

#4. The LM press release states :
Layoffs will be partially offset by the transfer of approximately 650 jobs from Eagan to Owego, N.Y., San Diego, Calif.; and Manassas, Va.
Hmmm … don’t we always hear how Minnesota business climate is so unfriendly, yet, they are transferring the work to high tax states of New York and California ?
If there is a Congressman representing those districts pushing for jobs in the district while Mr. Kline does not sponsor “earmarks”, where do you think LM will transfer jobs ?

#5. The 350 to 1000 job losses at Lockheed Martin Minnesota may actually impact the state harder as LM would have had local suppliers --- somebody has to sell them toilet paper and other MRO items --- as well as the business travel industry, that will lose business because of this reduction.

#6. Does the timing seem coincidental that they waited until after the election to make this announcement ?

#7. Governor Pawlenty and Mr. Kline have indicated that they would still like to work with LM … does that mean “government interference” … aka some sort of “bailout” … or “incentives” to keep the plant open ?

#8. One thing that the Minnesota legislature could do is to rework the State Unemployment Tax system. The SUT is based on past employment activity. If a business does not have layoffs, they pay a low tax … but once they have a layoff, the rate goes up. Currently businesses that had to layoff employees over the past couple years are seeing higher SUT … business owners that I have talked with are unwilling to re-hire as their overall employment costs have risen … they would rather work overtime than add new employees, especially if they are concerned about future employment needs. Minnesota should rework the tax structure to revamp the SUT tax giving a credit for each employee rehired that had been laid off.

#1. Based on historical data , Eagan’s unemployment rate has virtually doubled from when State Representative Tim Pawlenty became Governor … December 2002 was 3.3% to last month at 6.1% with 2,403 people currently unemployed. While Eagan is still better than the state-wide average and better than the national numbers, it is still 2,403 people and thier families.

What makes this cut more impactful is who will be affected … not unskilled labors but computer programmers and engineers … with the loss of Thompson-Reuters jobs; the upper middle class will be hit this time.

#2. And one person that you did not mention was Eagan’s Representative in Congress … John Kline … the same John Kline that sits on the House Armed Services Committee that regularly allocates spending via “earmarks” benefiting Lockheed Martin. But Mr. Kline does not believe in “earmarks”, so why would Lockheed keep a facility in his district ? And don't think this "earmark ban" will actually change anything ... as it is being proposed a member cannot request funding that will go to his district which means the Committee Chairman will get more power (and campaign donations) as he allocates "earmarks" for the Representative's district.

It’s too bad that during the campaign, voters were deprived of an opportunity to participate in a debate to discuss an important point made by Shelley Madore …
Namely … 10,900 manufacturing jobs have been lost in this district since John Kline took office. According to the Alliance for American Manufacturing, Minnesota’s Second Congressional District is ranked 22nd of the 435 Districts nationwide in terms of net job losses to China due to growing trade losses from 2001-2008.

#3. In FY2009, Lockheed Martin participated in $38148.1 Million in Federal Government contracts including some of John Kline’s programs that he supports … that the Pentagon does not want like the Hornet aircraft.

For FY2010, Lockheed in Minnesota has been awarded 805 contracts valued at $189,172,733.
The Minnesota plant makes avionics components for the
P-3 maritime surveillance planes.