We Have Given Everything That We Can Give

Many of us believe our government shut down a long time ago when our elected officials stopped representing our interests and now dance to special interests. Come on people, don't act shocked, this is 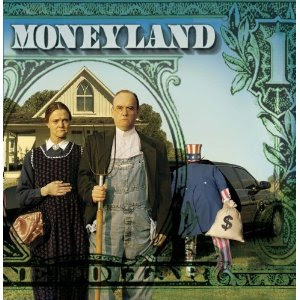 not new, or different or out of the ordinary. It's business as usual in the USA. We (the poor, middle class, seniors, children, minorities, women, unions, gays)...have been under siege for the last decade and more. We've seen our government hijacked and taken over by one percenters and corporations, and just like frogs slowing being boiled to death in water, we too are being COOKED!
As Robert Scheer eloquently says in his column: "Instead of taxing the super rich on the bonuses dispensed by top corporations such as Exxon, Bank of America, General Electric, Chevron and Boeing, all of which managed to avoid paying any federal corporate taxes last year, the politicians of both parties in Congress are about to accede to the Republican demand that programs that help ordinary folks be cut to pay for the programs that bailed out the banks."
Still the level of apathy from the dying frogs American public makes it look like we drank the kool aid and it was full of sleeping pills. And yes, apparently folks haven't been paying attention and they're not angry...and I don't friggen get it. 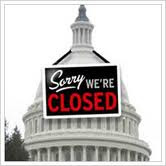 Your well being, your future, your families are all being eroded and auctioned off so corporate pirates can have more quarter end record profits. Every bill passed, every budget proposed is for the good of the 1%. While our eyes are glazing over with anticipation of bright shiny things like the right to carry bigger guns and the latest tech toy, and we fight over the crumbs that are meant to stop a revolution, guess what? Our representatives are still willing to compromised our fundamental civil rights while charges us with paying higher taxes! It's the biggest slight of hand scam ever and we are the marks. We've fallen prey to the largest fraudulent crime perpetrated by elected officials but we still think we're in control.
Our futures have been sold off for special interests instead of human interests. Our wealth given away to corporations and then they ask us to pick up their tax burden! Now, nearing a government shutdown, we're being told that: All Our Rights, All Our Needs, All Our Values, All Our Resources are up for compromise and to be negotiated away, but the top 1%, the wealthy of wealthiest, the corporations and their rights, their monies, their policies are 'off the table', immune, protected, special.... So tell me now who is in charge when every spending cut and policy restriction is aimed at us and not them?
Reid wasn't kidding when he said “We have given everything that we can give,” ....We have, by god, we have. It's past time for the other 1% and corporations to give their fair share.
Have a nice weekend...but be angry...or slowly get boiled to death!
Posted by truthsurfer