April Fools...NOT! In Minnesota the wealthy still get a better tax break! Now don't you feel special! Also, look for the new Viking stadium bill ...while I don't think the GOP are joking...it's another tax joke on us. At a time when they are cutting resources and money from educations, transportation and state medical programs, shouldn't we be tabling a stadium? 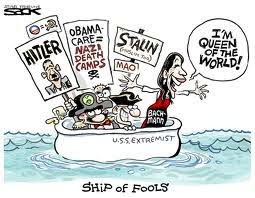 Bachmann Joke Rep. Anthony Weiner (D-NY) at a roast of his colleagues at the Congressional Correspondents' Dinner joked he wasn't sure if Minnesota's US Rep. Michele Bachmann (R) was at the dinner, "she's probably not -- she's campaigning Iowa and organizing in that important caucus state because she's running for president. That's really all I have for that joke."

TPAW Joke U.S. Rep. Michele Bachmann of Minnesota, again a 'potential contender', ranks well ahead of Ex-Governor Tim Pawlenty with her 52 percent name recognition among Republicans compared to his 41%. Yet Pawlenty is still 'going for it' just like Bachmann and Trump because they are all publicity whores.

Mixed Bag The most dangerous job in the world is looking for recruits. I understand it's to be a short-lived position. 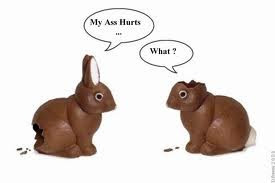 Well at least the rain washes away the snow...2-3 inches tonight...sigh. I don't know if it's the human condition, but I'm always waiting...for spring, for justice, for change, for what's right, for the check to come. We always wait and of course, pay more...Like our chocolate bunny costing more this Easter! 10% more!

Apparently there is an explanation for insanity.

Although turnout was low for the loyal baggers, the faithful did attend the "Continuing Revolution" rally in WA.DC...well more like a small coven of misfits. But never fear, the Queen Bee Bachmann (R-MN) was leading them.

Paul Krugman in the Mellon Doctrine once again puts truth to policy:

"So that’s the state of policy debate in the world’s greatest nation: one party [GOP] has embraced 80-year-old economic fallacies, while the other [Democrats] has lost the will to fight. And American families will pay the price."

Unfortunately, gobs more people will follow Charlie Sheen's twitter than Paul Krugman but the end result will be we all get to pay.

What really happen? With today's 30th anniversary of the botched assassination in Raygun history , or so they would have you believe...But many of us remember it another darker way!

Have a nice weekend!
Posted by truthsurfer