Behold the Beginning of Sorrows

Earthquakes, Buddha Statues laughing, Radiation Fallout, Oil Spills, Green Grass growing in the Antarctica...Is the End Here? Today's headlines are full of monstersized disasters and unexplained events like how Darth Walker got elected as Governor. And, with so much attention on the Fukushima disaster, there seems to be a recent jump in omens foretelling the end of humankind, the earth, the world, extraterrestrials, Wisconsin democrats, teachers, and unions.

Having been raise by a mother who believed in omens to the point of weekly consulting a fortune teller before deciding what to have for dinner and never ever, ever, ever stepping on a crack to cross the path of a black cat under a ladder with spilled salt...wellugetthepicture. Although a Jew, mom also would even vell endless about Zionist bankers, magical and secret cabals, and apocalyptic manifests. She used omens (good and bad) as the roadmap to living.

She would post up on our kitchen calendar daily warnings about the 'evil du jour' while schooling us on protection like the Hand of Miriam (Keyn aynhoreh!) and a 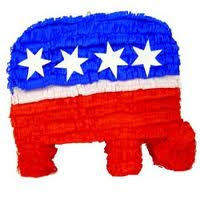 series of other charms, magical stones, powerful wards, and talismans to defend against the evil eyes and Dubya2 (well okay she was dead by then but I still carried the family tradition on by sacrificing a elephant pinata).

Now with the Illuminati in full swing complete with all the prophetic signs including massive fish/bird/insect/crab roadkills, a shifting of earth's axis throwing a monkey wrench in the atomic time clock, every single variety of fruit/nut minister whistling a four horsemen tune, dark and powerful words being written on subway cars, and even the shopping channel offering an 'end of times' sale (yeah we're talking Charlie Sheen memorabilia and tiger's blood), one can't help wondering if mom was right and will come back from the dead saying 'I told you so'...

From what I've heard, everyone will come to the 'end of times' party... the dead will rise, Jesus will be there along with the anti-christ, ourselves, god(s), even mutated insects from Japan! Although it won't be a party in the real sense...or so they say... There will be tribulations, a lot of fire, some horror... And, If you get raptured, can I have your car, mine is elven years old and rusting away? (Just being realistic while preparing for the end.)

When the end of times comes, soon, I'm looking forward to meeting with several dead musicians and friends (not so much mom!). Which brings me to the real reason for this rant...yes the end of times is possible particularly if America politicians continue to allow the corporation greed and corruption take over our government and..if public apathy continues to allow them to trade away individual freedoms and liberties only to back fill the void with rotting corporation evil filth of satan morals, then we are doomed. Just saying...

You should be afraid of things that go bump in the night and day like mom, but the cure is simply to embrace our founding father's values. Get back in touch with our 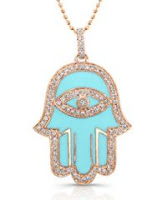 morals and vote, shop, and live them. It's not too late...Behold, the 'Beginning of Sorrows', or the 'Start of Renewal'...your choice. Sorry mom, I was always a 'glass half full' fate sort of girl!...The End (for now).

Martha Stewart tip of the day: I have found that wrapping omens in plastic cling-wrap and storing them in a freezer will help keep them as fresh as when you first found them.