More Billionaire Bonanzas For The Fortunate Few Not Going Broke

I'm usually not so forgetful but for the life of me...I can't remember what exactly President Obama did to win the Nobel peace prize other 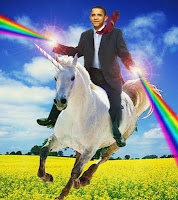 than replace Bush Jr. While that alone could have accounted for it, the fact remains that commander and chief Obama has hit the trifecta of war...not to mention kicking in doors and killing bad guys without due process...

Has the prize ever been rescinded? Should be. Really they should just kick in his door and take it with out any trial, hearing, due process...just saying...Democracy isn't just for special occasions when we feel like it, it's unconditionally for all occasions. That's the only way it will work.

IS America Trickling Down?
In these very hard economic times profits at largest 500 corporations grew by 81% in 2010. So much for Obama's plan to destroy capitalism...Did your income grow 81% in 2010? Did it even keep up with inflation and rising gas prices? Still that won't stop Obama from farting more rainbow catch phases like 'yes we can' 'change' 'hope' or my personal favorite 'let's be clear'. Times up, words are meaningless, the proof is in the pudding and Obama hasn't even been inside the kitchen let alone mixing!

The administration is touting how great the unemployment figure released today was...just edging up from 8.8 to 9 %...wtf?! There are 13.7 million unemployed Americans looking for work...and countless others who have given up. There's nothing remotely positive about the figures released today no matter how the politicos and media spin it...America needs JOBs now.

And about those that are fortunate enough to have jobs...after adjusting for inflation, pay for production and non-supervisory workers (80 percent of the private workforce) is 9% lower than it was in 1973.

Our nation can no longer afford to ignore the suffering of the unemployed who so desperately want to get back to productive work. Nor can we afford to indulge our leaders’ penchant for delay and political posturing, which comes at the expense of millions of working American families who are hurting. What we need now are bold approaches to economic recovery that will produce jobs. -Mark Ayers

Americans are going broke at a staggering pace. 1.41 million Americans filed for personal bankruptcy in 2009 - a 32 percent increase over 2008. In 2010 it was a 41% increase...all the while corporations and the top 3% are lining their pockets with obscene profits.

Don't settle for the fairy tales being spun... Are you personally better off? Is your family members, neighbors, friends better off? Where's the jobs?

We're number 1!
I'm number 384, beaten out by names spawned from the twilight series...scary isn't it. Those same folks naming kids after vampires and werewolves are also deciding if you get reproduction rights, voter ID, and to marry whomever you want....even more scary.