In Minnesota Every Day Is Friday the 13th

My youngest child was born on a Friday the 13th. I wanted to name her Erie but it was vetoed by my hubby... so she ended up being named Raven (which still suited the Friday the 13th mystic)...but she really doesn't... Raven is a shiny light of sweet, sweet goodness with a heart of 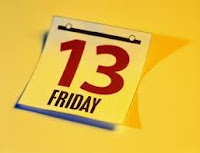 gold. Needless to say...with her birth, no Friday the 13ths has a bad connotation for me....in fact I think of them as rather lucky because of her.

But if you use the darker, more sinister meaning as a guide, then every day in Minnesota has turned into a Friday the 13th. Templar Knights aren't being hunted down and killed (yet)...but it is indeed dark days in Minnesota. With only ten days left in the regular session, the GOP house/senate has yet to pass on to Governor Dayton a balanced budget. Instead the GOP representatives spend their time working on breaking every last one of their campaign promises. Last year most the GOP ran on...
Creating jobs...Jobs created so far...ZERO

No spending without the money... but social issues like anti-marriage amendments and voter IDs are exempt to their spending freeze.

Balance the budget...hasn't happen and in fact, they cut taxes at the start of the session on corporations and the wealthiest among us while advocating to eliminate health care for the poorest (got to pay for those tax cuts somehow?!).

Less Government...the GOP are willing to cut state funding for education, health care and jobs, but want to pay for more Government in our private lives by dictating a women's reproductive rights, telling us we can't marry someone we love, and instituting unnecessary voter IDs. They are supporting and promoting costly amendments that will hamper job creation while expanding the role and cost of government into our lives. 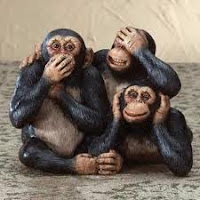 The GOP spend their time in session debating global warming, introducing bills to have speeding infractions not show on their records, why CO2 emissions aren't bad and cutting services for women and children.

This week, one Republicans discussion was a bill regarding the lights on restored antique emergency vehicles such as fire trucks used in parades. Representative Hilstrom said it best when she stated "we are 12 days away from adjournment and we are talking about the emergency lights on antique vehicles. Members it is time to get to the work of balancing the budget."

The time to work on the budget was all session long but instead, they were busy breaking every last campaign promise made last year...spending state money and using state resources to expanded Government into our private lives with ZERO job growth. If they were waiting for an omen to get to work on a budget ...well Friday the 13th has arrived in Minnesota!

Have a great weekend...stay dry..