Our Warriors Are Dying

For the first time since records have been kept (1980), the United States has more soldier committing suicide than dying in battle. The army suicide rate is now higher than that among the general American population. Keep in mind there is an average of 10 failed suicide attempts for each actual loss of life. It’s not a record to brag about. Our warriors dying by their own hands. This is another consequences from the wars in Afghanistan and Iraq.

The two-front war we have in Iraq and Afghanistan takes bodies. To fill the need for warm bodies, the military has to continue a redeployment of those already at risk with marginal mental health, and other personality disorders. Without giving adequate breaks, without enough/any counseling, the military is redeploying soldiers on edge and at risk. In addition, many feel there is resistance to diagnosis PTSD so adding to the problems is the large amounts of drugs being given to soldiers to mask their symptoms.

“..spending for some pain medication, antidepressants, sleeping pills and even an epilepsy medicine used to treat PTSD and brain injuries has grown by 62 percent to 400 percent since the Iraq war began." 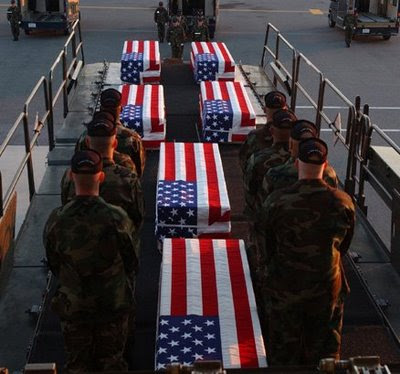 Responses from veterans groups include the following:

It’s time to change the military mission and take care of our warriors. Those in command need to change the policies that have lead us to this failure including ending the war.